How to Play Bingo

How to Play Bingo – with Derby Instructions

WHEN YOU ARRIVE, you will want to purchase your bingo cards and/or electronic bingo machine. You have several choices when choosing what to purchase at Bingo Wednesday Night KC at Finnigan’s Hall in North Kansas City, MO.

This is the most typical pack of bingo sheets players purchase. A 9-on gives you nine bingo cards per sheet per game. In other words, for each bingo played, you have 9 chances of winning. 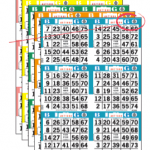 What is an Electronic Machine?

Electronics are the easiest way a player can play multiple bingo cards at once. With the touch of a button, up to 56 bingo cards can be played at once.

What is a Progressive Game?

There are two primary ways to play a progressive game. The first way requires covering a set pattern within a certain number of balls called. The second way is called Hot Ball and requires for the winner to have won with a pre-announced Hot Ball number. If no one wins, the jackpot progressively increases from week to week.

What are Pull Tabs or Event Tabs? 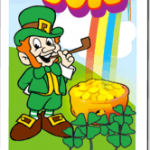 Bingo Event tickets or “Ball Games” are pull tabs with a twist! Event tickets contain 2 ways to win – instant winners and “Hold” tickets used to play along with Bingo, or the event or ball game. They are easy to play and fun to win!

The caller will announce the first ball. When you see the ball selected on the screens, you may mark your paper. However, the ball is not officially in play until announced by the caller.

If you are playing on electronics, your machine will not update until after the caller reads the ball. If you have bingo, yell out “Bingo!” after the ball is called and wait for a floor worker to come to you.

How do I know if I have a Bingo?

When you purchase your bingo cards, you will be provided with a program of the games being played. Each game will have a different winning pattern. Please see our Bingo Paper Booklets to see various Game patterns.

What are the Floor Workers selling?

Throughout the night, floor workers and cashiers sell an instant lottery style ticket called Pull Tabs. The object of the game is to open the perforated windows on the back of the ticket and match the symbols inside the ticket to the winning combinations on the front of the ticket face. The winning ticket is turned in for a monetary prize. Pull tabs can be purchased at any point throughout the night; just gain the attention of a floor worker by calling out “Pull Tab!”

We are playing an Event Game. What is that?

There are two primary ways to play a progressive game. The first way requires covering a set pattern within a certain number of balls called. The second way is called Hot Ball and requires for the winner to have won with a pre-announced Hot Ball number. If no one wins, the jackpot progressively increases from week to week.

What are Pull Tabs or Event Tabs?

Event games bridge the gap between bingo and pull tabs. Event tickets are available for purchase the same way as pull tabs. Once all the tickets sell out, the event game can start. An event game winner is determined using the bingo flashboard. A common event game is derby horse races. The flashboard will light up as the caller reads off the balls. It is a race to see which vertical line will be completely lit up first. The event winner would be the holder of the ticket with the numbered horse or hold ball that matches with a number in the first down-line completely lit on the flashboard.